We are pleased to announce that Lee Reuveni has been named CEO of Jojoba Desert, replacing Jimmy Reizer effective August 1, 2017.
Lee brings to Jojoba Desert years of experience in senior managerial positions in the international cosmetics industry. Prior to joining Jojoba Desert, she served in a number of roles for Aromor Flavors and Fragrances, including: Commercial Manager, Global Sales, Marketing and Business Development Director.

Lee holds a BA in Law and Business Administration and an Executive MBA from the Interdisciplinary Center (IDC) Herzliya.
Jimmy leaves Jojoba Desert to embark on a new path after having established the company in 2015, and serving as its first CEO. Prior to that, he served as CEO for Jojoba Israel as of 2006for 9 years. Among his accomplishments at Jojoba Israel, Jimmy doubled the company’s planting area, expanded its global leadership in the jojoba oil market, and received Israel’s outstanding small-size exporter award in 2014. Before joining Jojoba Israel, Jimmy served for over 30 years in a number of managerial positions for Netafim, the global leader in smart irrigation solutions. Among his achievements at Netafim, Jimmy established and headed its Latin American activities, including setting up four subsidiaries in the region.We would like to take this opportunity to thank Jimmy for his dedication and contribution to Jojoba Desert, and wish him the best of luck in his new endeavors. Meanwhile, we’re confident that Lee will further strengthen the company, and we wish her great success in her new position. 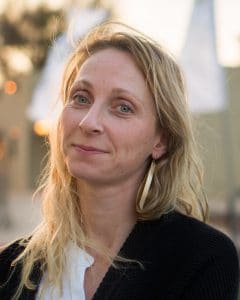 Wait - don't go just yet ! Be the first to find out about product updates and news